Ocean ventilation at the mesoscale

Within the Earth’s climate system, the ocean is engaged as a huge reservoir of important properties such as heat and carbon, predominantly resulting from exchanges with the atmosphere on timescales from hours to millennia. Such large volume of storage in the ocean interior thus questions the mechanisms of water property transport and distribution, leading to the concept of ocean ventilation, a process that connects ocean surface waters with the interior. Commonly associated with an increase in density of surface waters, ventilation is typically interpreted as a downward transfer of water masses due to stability and other fine-scale processes. Understanding the dynamics and thermodynamics of water mass formation, ventilation and dissipation, is therefore one of the key scientific challenges confronting the entire climate community.
In this thesis, several processes related to ventilation have been discussed and a specific attention has been given to the mesoscale whose typical length is less than 100 km and timescale spans on the order of a month. The largest proportion of mesoscale kinetic energy is contained by coherent vortices, known as mesoscale eddies, which are nearly geostrophic and can have the vertical extent down to the thermocline. Aimed at a combination between the ventilation theory and mesoscale dynamics, the first part of this thesis has been devoted to a revisit to the theory of subduction at the bottom of mixed layer that quantifies long-term (permanent) transport of surface water masses into the main thermocline. Interpreted as a transient state in the subduction process, mode waters are a specific type of water mass homogeneous in properties (i.e., characterized by low potential vorticity) and residing between the seasonal and main thermoclines.
Such transiency of mode waters is associated with their formation mechanism largely due to surface buoyancy forcing that is season-dependent. The second part of this thesis is thus related to an algorithm development to detect more precisely than other available methods the surface mixed layers and mode waters from several profiling databases. By co-locating mode waters with mesoscale eddies identified from the satellite altimetry, it is possible to quantify 1) the percentage of mode waters carried by eddies in an Eulerian sense, and 2) anomalies of temperature, salinity and others transported within eddies in a Lagrangian framework. Accordingly, a revisit to global mode water distribution has been provided, in terms of their dynamics and thermodynamics at the mesoscale. The South Atlantic Subtropical Mode Water has been considered as a special example and brought into details in the last chapter, since it not only forms according to the typical baroclinity at the western boundary, but also develops due to a large amount of inter-basin transport carried by anticyclonic Agulhas Rings shedding from the Indian Ocean.
Apart from the thermohaline perspective of ocean circulation and ventilation, i.e., surface convection and its significance on mode water formation and renewal, this thesis also provides an assessment on the wind-driven aspect and a combination of these two components. In specific, we extended the Ekman dynamics to allow for an influence from geostrophic motions and self-advection. A brief discussion on diapycnal and more complex physics of ventilation at the mesoscale is also presented. 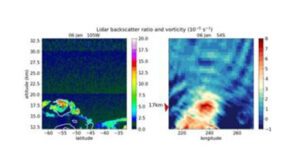 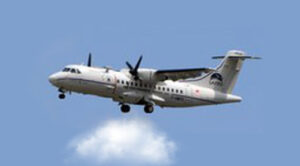 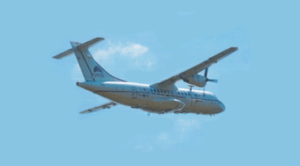