Research on these themes is based on multiple approaches: numerical modelling and observation of the atmosphere, ocean and continental surfaces at various scales, from local to global.
Observation activities include instrument development, signal processing techniques and the deployment of ground-based measurement systems (contribution to the IPSL's SIRTA experimental site), onboard balloons, aircraft or satellites.

Theoretical studies of the physics and dynamics of the atmosphere and ocean, of the interactions between them and with other components of the climate system, have been one of the specialities of the LMD since its foundation.

These studies are intended to inform the modelling activities of the laboratory. By increasing the complexity of the simplified approaches we arrive at the level of complexity that can be introduced into the IPSL climate model components described below.

Another approach is to use realistic models in experimental settings, in order to isolate a specific physical process and be able to analyse it easily. An example is the use of high-resolution ‘LES’ (Large Eddy Simulation) integrations to study the details of cloud formation.

The idealised modelling and theoretical process studies are upstream of the development of the IPSL climate model. Yet subsequent studies are also downstream of this. Indeed, the outputs of the current global climate models are so complex that it is necessary to employ advanced statistical and physical analysis methods in order to fully exploit their richness. The LMD is also developing innovative methods in this sense.

Modelling activities include numerical methods, development of physical parameterizations and multi-model coupling. The models developed at the LMD are LMDZ, the atmospheric component of the IPSL climate model, CHIMERE, the chemistry-transport model used in the national air quality forecasting platform PREVAIR, as well as by most of the AASQA (Associations Agréées de Surveillance de la Qualité de l’Air) in the different French regions (AIRPARIF etc.). Model development is also the development of the hydrology part of the ORCHIDEE surface model of the IPSL climate model, as well as the Mediterranean regional configuration of the IPSL NEMO ocean model. These developments benefit from a development consortium that extends beyond the LMD.

The entire modelling activity mobilizes a very large part of the LMD scientists and engineers, and includes upstream a free exploration of innovative numerical methods and downstream the couplings, notably dynamic/physical, which are essential for terrestrial and planetary applications, but also couplings between components (ocean, atmosphere, continental surface) and processes (physical and chemical). This triptych makes it possible to make accessible a wide range of climatic and paleoclimatic, terrestrial and planetary applications, particularly at non-hydrostatic scales.

LMDZ is an atmospheric general circulation model developed since the 1970s at the Laboratoire de Météorologie Dynamique, with variations giving terrestrial and planetary versions (Mars, Titan, Venus, giant planets, exo-planets). (LMD is the acronym of the laboratory, the “Z” of LMDZ is for “zoom”). 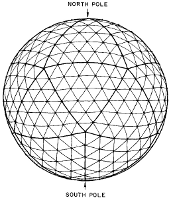 RegIPSL regional climate model of IPSL is a regional Earth system model coupling the following components : WRF, ORCHIDEE, NEMO and CHIMERE. The coupling between these components has been achieved with the OASIS3-mct coupler.

Last but not least, the name “observation” hides a very varied spectrum of research activities aimed at obtaining observations of a large number of atmospheric climate variables, over a wide range of spatio-temporal resolution (local to global scale), using ground, airborne or space-based measurements, through the deployment of instruments carried out at the LMD or gathered on the Ecole Polytechnique site within the SIRTA. The objectives pursued can be divided into two main categories: studies of climate processes and trends and the evaluation of global and regional atmospheric models.

The LMD is developing a wide range of instruments to be deployed on the ground, sent under balloons or embarked in research aircraft. The objectives are: to carry out space-based demonstrators, geophysical studies or to participate in space mission calibration/validation activities. The LMD benefits from an important asset with the SIRTA on the campus of the Ecole Polytechnique, which allows to envisage the rapid deployment of the instruments carried out in the laboratory in order to test the operation of the instruments and to carry out measurements coupled with the numerous instruments already available. This approach then makes it possible to calmly envisage the deployment of the instruments during measurement campaigns.

The LMD has a strong expertise in the different areas of exploitation of different types of observations: interpretation of level 1 data (spectra, air sample, etc) into level 2 data (geophysical variable); geophysical analysis of long time series of data; comparison between observation and modelling (for levels 1 and 2). In the field of space missions, this expertise translates into the development of space mission processing chains in which all the steps are mastered (spectroscopy, direct radiative transfer, inverse methods). Many types of missions are concerned: active and passive, in the thermal infrared, near infrared or microwaves. This expertise is also reflected in the ability to produce digital simulators for new space missions, which makes the LMD a privileged interlocutor of CNES in the preparation of new space missions. 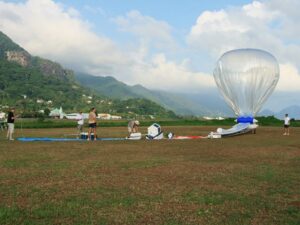 The LMD has developed since the 80's an internationally recognized expertise in laser atmospheric sounding.

SIRTA is a national multi-instrumental site dedicated to the observation of the atmosphere, located in Palaiseau, near Paris... 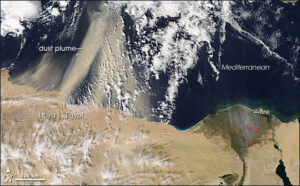 The LMD not only exploits a large amount of space data and proposes concepts for new missions, but also has a significant activity in the development of instrumentation used as a prototype for space missions.

The LMD actively contributes to the production of databases for the community either directly or through thematic poles (AERIS) coordinated at the national level. The reference database produced and disseminated by the LMD is the “Mars Climate Database” (MCD), labeled community code.

Adequate tools are required to perform reliable radiative transfer modelling calculations to meet the needs of communities involved in understanding the atmospheres of the Earth and other planets. Among these tools compilations of spectroscopic param (GEISA).

The Mars Climate Database (MCD) aims at providing scientists, engineers and enthusiasts with a realistic and reliable modelisation of the martian climatological system.