The Laboratoire de Météorologie Dynamique (UMR8539) (LMD) is a CNRS joint research unit, hosted by École polytechnique (X), École Normale Supérieure (ENS) and Sorbonne Université (SU), and is partner of École Nationale des Ponts et Chaussées (ENPC). The LMD, created in 1968, studies the climate and the environment for Earth and planetary atmospheres. It is an international laboratory with about 180 employees, half of whom are permanent staff, researchers, engineers and administrative staff. It also has some forty PhD students. It is composed of 6 scientific teams, support services (administrative group, IT group, technical group) and 2 hosted structures of the research federation Institut Pierre Simon Laplace (IPSL) (SIRTA observatory and data center) to which LMD belongs.

The primary mission of the laboratory is to advance research on its themes. A second important mission concerns teaching, even if it is not structured at the LMD level.

The LMD is a leading international laboratory on the following themes:

Research on these themes is based on multiple methodological approaches: numerical modelling and observation of the atmosphere, ocean and continental surfaces at various scales, from local to global. Modelling activities include numerical methods and development of physical parameterisations. Observation activities include instrumental development, signal processing techniques and deployment of ground-based (contribution to the IPSL SIRTA experimental site), balloon-, aircraft- and satellite-based measurement systems. The LMD’s activities are mainly focused on knowledge production. They also include activities of valorization and transfer (software in relation to the forecasting of renewable energies, patent and prematuration of components of lidar systems) and support to the community (Community code CHIMERE for operational air quality forecasting, Community code LMDZ for climate modelling and the Community Mars climate database).

The scientific outlines of the teams ensure a high degree of internal coherence and the research conducted at the LMD is largely based on the complementarity of the scientific and technical tools and expertise of the different teams. 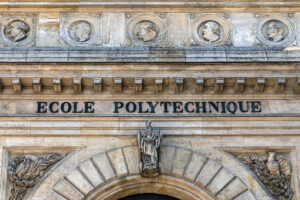 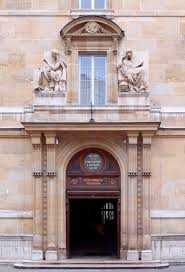 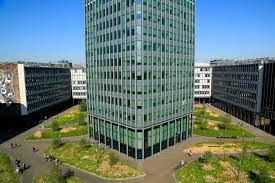 LMD is member of Institut Pierre Simon Laplace (IPSL), federation of 9 public research laboratories in environmental sciences in Ile-de-France. The LMD plays a leading role in several projects, such as climate modelling, the SIRTA observation site at the École polytechnique, planetology, and servers and databases.

The LMD is also a member of the Centre Interdisciplinaire Energy4Climate, federation of 26 laboratories working on the energy transition.

The LMD belongs to 3 groups of universities and institutions :

This website uses cookies to improve your experience while you navigate through the website. Out of these, the cookies that are categorized as necessary are stored on your browser as they are essential for the working of basic functionalities of the website. We also use third-party cookies that help us analyze and understand how you use this website. These cookies will be stored in your browser only with your consent. You also have the option to opt-out of these cookies. But opting out of some of these cookies may affect your browsing experience.
SAVE & ACCEPT